Darryl Daigle has been a shareholder of Research Frontiers since 1991 and was elected by the stockholders to the Board of Directors in June 2012. Since 1987, Mr. Daigle has been a principal owner of several profitable family-owned businesses in Louisiana. One of these, SPD Equipment Sales Inc., sells oilfield and marine equipment to the marine and oil and gas industries. Another business, S&D Bait Company LLC serves the commercial and recreational fishing industries in Louisiana. Mr. Daigle earned a business degree from Texas Tech University and is a former member of the Louisiana Seafood Promotion Board, to which he was appointed by Governor Murphy J. Foster, Jr. 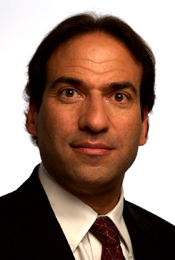 Joe Harary joined Research Frontiers Incorporated as its Vice President and General Counsel in 1992 and has been a director of the Company since 1993. After various promotions, Mr. Harary became President and Chief Operating Officer in 2002, and Chief Executive Officer starting in January 2009. He serves on the Company’s Executive Committee. Mr. Harary has actively managed and directed all aspects of the Company’s business including licensing, raising private and public equity capital, marketing, and government relations. Working closely with Chairman Robert L. Saxe, during Joe Harary’s tenure, the company’s intellectual property portfolio — patents and patent applications for SPD-Smart™ technology worldwide — has grown to over 500, making Research Frontiers the industry leader in smart glass light-control technology. He and the executive team are responsible for building an SPD supply chain infrastructure through the licensing of premier companies that include the world’s largest chemical and glass companies, and building global awareness of the benefits of SPD-SmartGlass technology. In 2007, Research Frontiers’ licensees began producing and selling to their customers next-generation SPD-Smart film and end-products.

Prior to joining Research Frontiers, Mr. Harary’s corporate law practice emphasized technology, licensing, mergers and acquisitions, securities law, and intellectual property law at three prestigious New York City law firms. Mr. Harary graduated Summa Cum Laude from Columbia College with an A.B. degree in economics, and received a Juris Doctor degree from Columbia Law School where he was a Harlan Fiske Stone Scholar as well as an editor of the Columbia Law Review. Prior to attending law school, Mr. Harary worked as an economist with the Federal Reserve Bank of New York. Joe Harary is frequently asked to share his business experience with other companies directly, and as a speaker and published author in the fields of intellectual property, corporate law, and smart glass. His online column, “Ask Joe,” is popular among the growing number of visitors to the Company’s website (SmartGlass.com). Mr. Harary has also served as a guest lecturer at Fordham University’s Accelerated MBA Program, and serves on the boards of various charities including the Imagine Academy which helps children with autism and their families.

Alexander Kaganowicz became director in June 2013, has been a shareholder of Research Frontiers since 1998. In addition to being a shareholder, Dr. Kaganowicz has been involved in the performance and market testing of SPD products, including several demonstration installations of SPD SmartGlass in his home and work locations. For the past 26 years Dr. Kaganowicz has been the proprietor of a successful automotive services business in Freeport, NY. He holds a Doctorate in Chemistry from the University of Rome, has served as Adjunct Associate Professor at the New York Institute of Technology, and has worked as a clinical chemist with titles of Director of the Chemistry Department and Manager of the Pathology Department at the Booth Memorial Medical Center in Queens, NY (from 1974 to 1989). In addition, he owned and operated several successful medical supply companies in New York and Pennsylvania from 1989 to 2005. Dr. Kaganowicz research experience has resulted in several publications and textbook contributions. 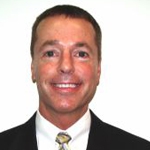 Michael LaPointe became Research Frontiers’ Director of Marketing for Architectural Windows and Displays in March 2000, was promoted to the position of Vice President – Marketing in March 2002 and became Vice President – Aerospace Products in 2013. Mr. LaPointe, a graduate of Brown University with a B.A. in Organizational Behavior & Management and a B.A. in Psychology, worked in a marketing capacity for IBM Corporation in the early 1980s. He subsequently founded and developed several companies involved in the application and licensing of new technologies for various consumer products. During that period Mr. LaPointe also worked as a management consultant, where in 1994 he began his relationship with Research Frontiers, assisting it with its marketing strategy. He has extensive experience in licensing new technologies, both as a licensor and a licensee, and in bringing products using new technologies to market.